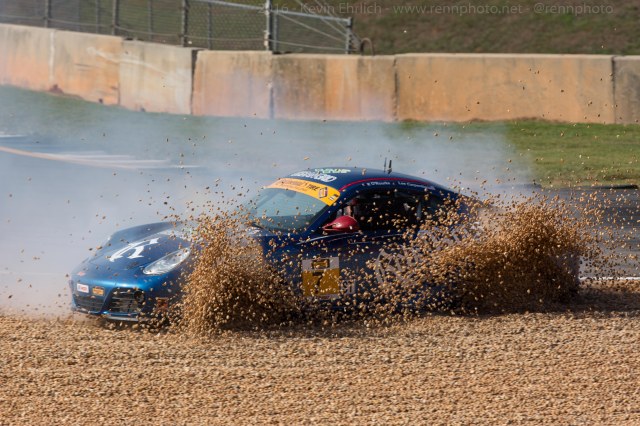 Practice is the best time to watch drivers test their braking marks into Turn 10.  In Thursday practice for the Continental Tire Sportscar Challenge, the #7 Rebel Rock Racing Porsche Cayman spun on its own and into gravel trap – throwing up a spray of gravel before coming to a stop.

Drivers for the Street Tuner class car were shown as Lee Carpentier and Kieron O’Rouke.

The car was towed out and the driver continued on his way, likely with tires in much more poor condition and gravel tucked away in deep corners of the car for the crew to find.