Ever wonder what put Ruf automobiles on the map?  Ever wonder what made the Nubrugring a global bucket-list phenomenon rather than a hidden secret among the Germans that ventured into the Eifel Mountains?  Many car enthusiasts can trace their “ah ha” moment back to a video of a yellow Porsche 911 being driven quickly and sideways through the forests of the North Loop.  We’ve all seen clips, but Ruf just released the full 19 minute version.  Sit back, open to full screen, boost the volume and enjoy:

Hat tip to Dale Lomas and his Bridge to Gantry blog.  If you’re not familiar, Dale’s blog and social media feeds are mandatory reading for any car enthusiast and Nurburgring fan.

Oh yes, the Los Angeles connection.  In September 2005, the Yellowbird was refreshed (including a new coat of paint) and brought to the US for Road & Track magazine’s use and a few car shows.  It was on display at the Ventura County Fairgrounds, north of Los Angeles near Santa Barbara at a Porsche focused weekend event “The Ventura Show”.   The show was an annual event, but ceased sometime around 2011 or 2012.  It was great to see the actual Yellowbird in person.  From humble origins of a 1987 Porsche 911 narrow bodied coupe, the Yellowbird set the performance mark for supercars – the benchmark against which cars like the Porsche 959 and Ferrari F40 were measured.  Thanks – 10 years later – to Ruf for bringing it to visit Los Angeles.  Photos below from the day: 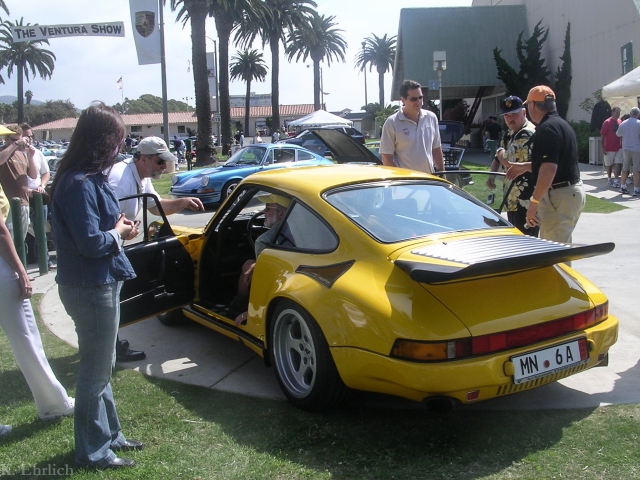 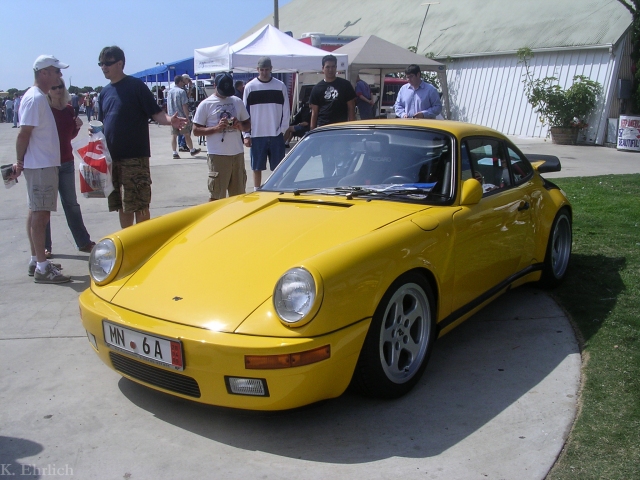