Some cars just need their own post.  At the Art Center College of Design Car Classic on October 25, 2015, the theme was futuristic design.  The staff assembled an impressive assortment of automobiles from many decades, but it would be difficult to think of a car that had the impact of the Lamborghini Countach.  The wedge shape was striking, the scissor doors were dramatic, and it had a 12 cylinder engine. Any model of Countach still turns heads.

This example was a 1974 LP400 – the first production Countach model.  40+ years later, it still has a presence.  The LP400 didn’t have some of the additional wings and flares of later models but it has a very pure shape and the distinctive “Periscopo” rooftop tunnel feature (originally designed to provide vision from a rear view mirror inside the cockpit).  Only 150 or so were built and values have been appreciating.

At Art Center, the car was positioned in nose-to-tail fashion behind a Ferrari La Ferrari.  Decades separate them, but the comparison was compelling.  Thanks much to the owner and Art Center for the look at a special car. 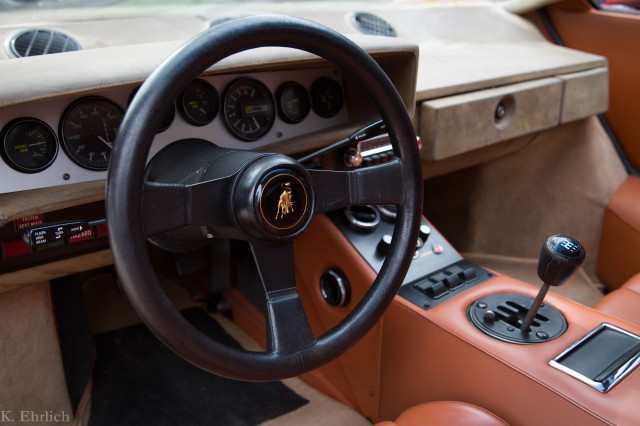 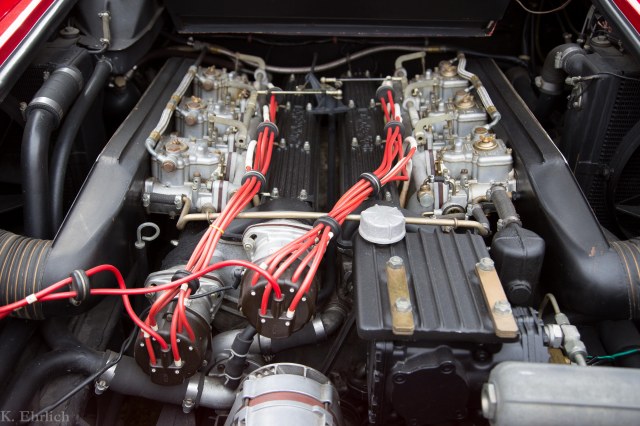 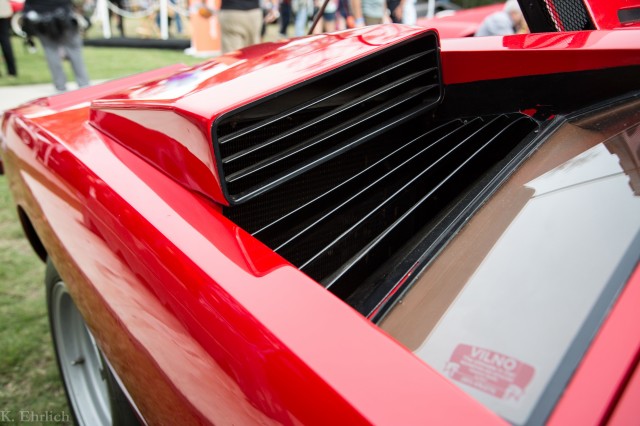 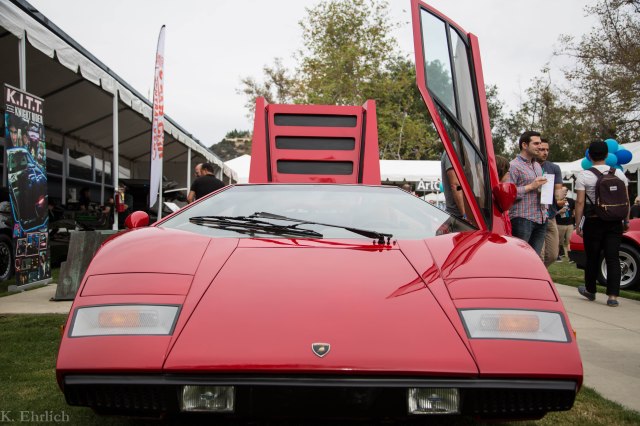